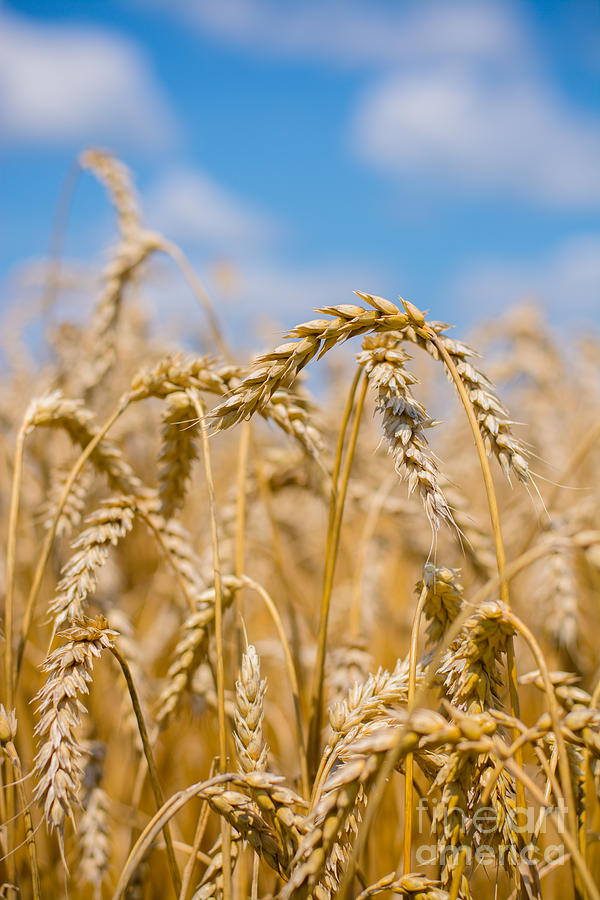 SOLD! 24.000" x 36.000" print to a buyer from Topeka, KS. Thank you! 02/09/2017
Wheat
Cereal
Wheat is a cereal grain, originally from the Levant region of the Near East but now cultivated worldwide. In 2010, world production of wheat was 651 million tons, making it the third most-produced cereal after maize and rice. Wikipedia

Beautiful - congrats on your sale, Cheryl.

It is astonishing how a simple grain like this can be so beautiful !! And it is. A beautiful shot Cheryl !!! Congrats on your sale.

Thank you so much Myrna! I have always loved the vast expanse of a golden field...but yes, when zooming in...such a pretty grain! :)

Congratulations on your recent sale! L/F